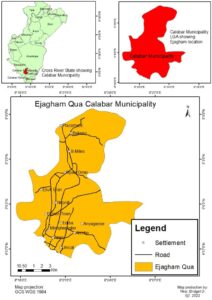 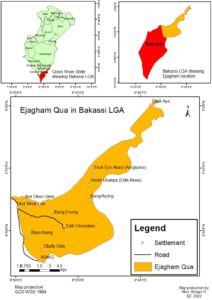 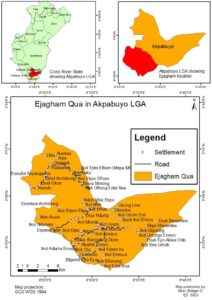 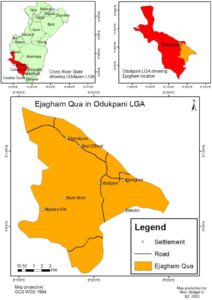 Ejagham Qua, was founded by Prince Ikang Eta and his father Ndidem Eta Nyak Ntison. The Quas were the first to settle in Calabar as early as 1000 BCE and they brought to Calabar, the Ejagham Traditional Practices and Cultural Expressions which had spread to other neighbouring civilizations.

The Qua people are the Southern-most section of the Ejagham people that had expanded from the Mamfe district of the Cameroons through Ikom area of the upper Cross River and then southward to their present location, between the Calabar and Great Qua Rivers.

Calabar has grown to become an Ejagham cosmopolitan city, similar to Eyumojock in Ejagham Cameroon. Ejagham Qua occupy the Calabar Municipality. Calabar is currently cohabited by Ejagham Qua, Efut and the Efiks. The city of Calabar is situated on latitude 4o 57’ North and longitude 8o 18’ East.

Key landmarks in Calabar Municipality include but are not limited to; 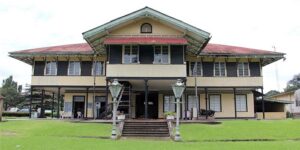 Ejagham Qua tradition rulers’ council is structured as The Qua Clans Constituted Assembly (QCCA). QCCA is the apex ruling body of all Ejagham Qua clans in Calabar Municipality and environs which has the Ndidem as the President. Therefore, a coronated Ntoe of any Qua clan can be both the Ntoe of the clan and the ‘Ndidem of Ejagham Qua Nation’ as gazetted and recognised by the Cross River State government. Currently, the Ndidem of Quas who is also the Ndidem of Calabar is HRM Ndidem Etetta Eta, the Paramount Ruler of Calabar Municipality and the Grand Patriarch of Ejagham Nation.

The Qua people were and still are very good traditional musicians and dancers and they communicate through music and dances among themselves. This made some “Abo Ekan” – age grade system, specialised in traditional song and dances. These traditional dances vary in functions, costumes and participation. They may function to entertain, advertise, purify, correct social ills and deter moral decadence. Below is a compendium of some Ejagham Cultural Expressions which was practiced by the Quas. before imitation by their neighbours. Some traditional dances are now extinct but till date, some are still being practiced by both the Ejagham Qua in Calabar and environs. They are; 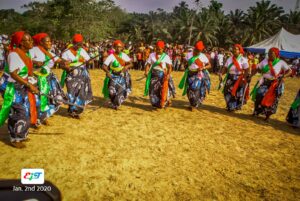 The Ukwa is a ceremonial war dance which had its origin first linked up with Totem pole (Ete Ukwa) that religiously served as a medium to the universal deity that protects the Akpa during war periods. It is worth noting that the prelude to Ukwa songs is the Ejagham Qua phrases:

The Ejagham man or woman is primarily a ‘Forest People’. Due to inhabiting in the forest, the Ejagham man or woman is a farmer and the men with the additional hunting skills. Apart from farming and hunting skills, they are bestowed with the wisdom of the forest and function of the herbs. Apart from these, Ejagham Qua were skilled in iron smiting, having been credited with mastering of manufacturing domestic utensils and other tools like machetes, knives, hoes, native swords, spears and the making of terra cotta objects. They were also iron smiths and experts in arts and crafts which metamorphosed the state into the Tourism hub of Nigeria. 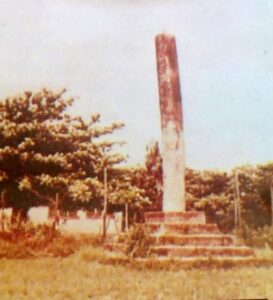 Rev. Hope Waddell, (the Scottish missionary who HWTI was named after) in “Twenty-Nine years in the West Indies and Central Africa records that the Great Qua River is called after the Qua settlements in the location and it is between the Calabar and Great Qua Rivers” (p xv). These rivers were the natural resources that attracted the colonial missionaries to Calabar and still remain the mainstay of Cross River State commercial resource.